MAN LOSES 450 POUNDS BY RUNNING EVERYDAY: ‘I FEEL LIKE A NEW PERSON’ 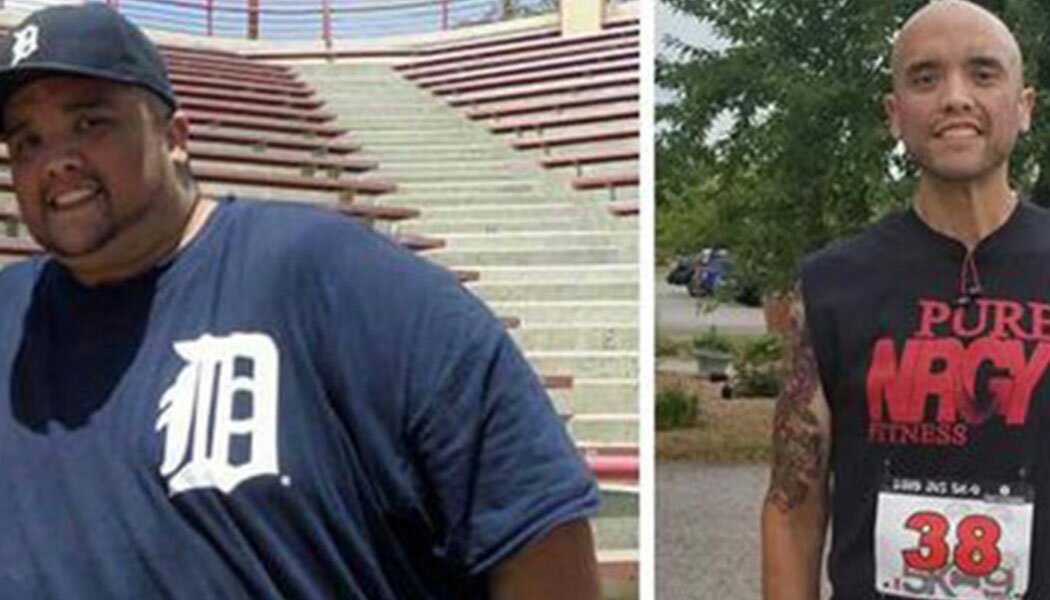 Carlos Orosco, from Saginaw, Michigan, lost 450 pounds after his doctors told him he wouldn’t make it to his 40th birthday. He reveals the changes he made to his lifestyle, including discovering a passion for running.

According to doctors, Orosco developed a blood infection that caused severe swelling and ulcers. The medical problems he was experiencing were the result of his weight, which at that time was 651 pounds.

For Orosco, the health issues related to his obesity were a turning point, as he realised he needed to change his life if he wanted to stay alive – so he looked into having a sleeve gastrectomy, which would see up to 75 per cent of his stomach removed.

“It came to the point that my sister and brother-in-law were expecting and life started to kick in and said I needed to be around for a long time because I was going to be an uncle,” Orosco recalled. “It is those little things like that that make you realise that doing things the wrong way is almost selfish because there are people that care about you and people that need you around.”

However, to be eligible for a laparoscopic sleeve gastrectomy, Orosco first had to lose 100 pounds.

Orosco began working with a dietician, to kick-start his weight-loss journey and cut out all of his food “vices” such as fried foods, fast foods, breads, alcohol and soda.

He also began incorporating three-mile walks around his neighbourhood. According to him, those first few months were “really tough”.

“I was constantly fighting urges and cried myself to sleep many nights,” he recalled.

By December 2016, he’d lost 95 pounds and was able to undergo the surgery, which helped him lose 200 pounds more.

However, Orosco realised that he loved running and the community of races that his life really transformed, after participating in a race set up in honour of a friend who’d passed.

“It was just the atmosphere, the pre-race, and the post-race, everyone was just so supportive,” he added.

Since discovering a passion for the sport, Orosco has since participated in 37 races, including three half marathons. He is currently training for his first marathon with great enthusiasm.